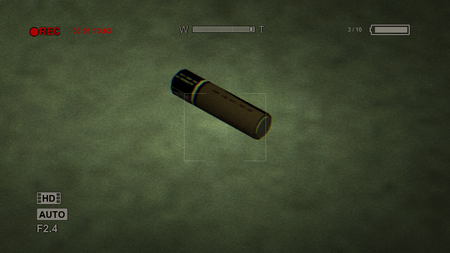 The batteries are important to the story of Outlast, as they're what drives the camcorder used by the protagonists and its accompanying night vision feature. Batteries appear throughout the game, usually near electronics like radios, and are typically found one at a time. Occasionally, they can be found in groups of two, although this is very rare. The amount of batteries the protagonists can carry is dependent on the difficulty chosen at the start of the game. On Normal, 10 batteries can be carried at a time, five on Hard, and two on Nightmare and Insane difficulties. In Whistleblower, you start with no batteries.